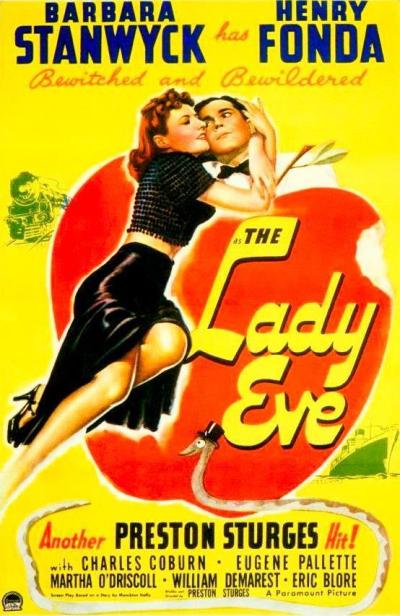 “You ought to put handles on that skull.  Maybe you could grow geraniums in it,” says Charles Pike.

Academy Award-winning writer/director Preston Sturges experienced his greatest creative period in the 1940s.  He made his directorial debut with 1940’s

The Great McGinty (recipient of the first-ever Academy Award for Best Original Screenplay) and ended the decade with 1949’s The Beautiful Blonde From Bashful Bend.  He’s made some of the best comedies of all time, including 1941’s Sullivan’s Travels, 1942’s The Palm Beach Story, 1944’s The Miracle of Morgan’s Creek, and 1948’s Unfaithfully Yours.

The other film he wrote and directed in 1941 was The Lady Eve, which is also now considered a classic comedy.  I got a chance over 11 years ago to see The Lady Eve during a Preston Sturges retrospective at the Museum of the Moving Image in Astoria, NY, and it was a hilarious experience.  This review of The Lady Eve is my entry in the Remembering Barbara Stanwyck Blogathon hosted by In the Good Old Days of Classic Hollywood.

1941’s The Lady Eve follows a con woman who targets the heir to the Pike Ale fortune aboard an ocean liner but things get complicated when she falls in love with him.  Sturges gathers an impressive cast that includes Barbara Stanwyck (as 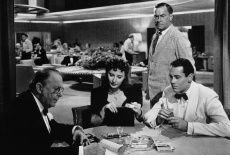 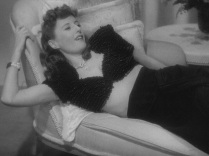 and Fonda are terrific together, equally funny and dramatic (Fonda showcases his flair for slapstick falls very well).  The film is an excellent showcase for another strong performance from Stanwyck, who, after being outed as a con woman and dumped by Fonda, tries to con him again (the only changes she really makes for her second major attempt to con Fonda is rebranding herself as a British aristocrat named Eve, which he only falls for because he refuses to believe that she’d try to con him again without at least changing her physical appearance).

Sturges deftly stages several hilarious slapstick sequences while balancing the romance and the drama.  His screenplay was based on a story by Monckton 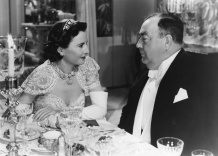 Hoffe (Hoffe received the film’s sole Oscar nomination for Best Writing, Original Story).  Sturges examines gender roles, specifically the inversion of them (of the duo of Charles and Jean/Eve, Jean is the dominant one as she deceptively lures Charles into her con twice).  Victor Milner’s black-and-white cinematography is gorgeous, as are Edith Head’s costume designs.  Stuart Gilmore’s editing moves the film at a good pace, allowing the film to hit its comedic beats quickly.  Sturges’ The Lady Eve is

an undeniable comedy classic that has held up for 75 years and will continue to do so in the coming years.  The performances by Stanwyck and Fonda alone make this film worth seeking out, but the slapstick comedy and sharp dialogue, among other things, make the film worth revisiting.  If you haven’t already seen this film, then stop depriving yourself of an American classic and check this film out (especially on the big screen)!