‘The Polar Express’ & ‘A Christmas Carol’ 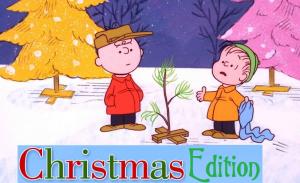 Robert Zemeckis is a writer, producer, and director who first desired to go to film school not long after seeing Bonnie and Clyde with his father when it came out in 1967.  Zemeckis attended USC, where he met Bob Gale and became his writing partner.  After graduation, Zemeckis became a protégé of Steven Spielberg on the strength of his 1973 Student Academy Award-winning short film A Field of Honor.  Zemeckis’

first two feature-length directorial efforts (1978’s I Wanna Hold Your Hand and 1980’s Used Cars) were critically acclaimed but underperformed at the box office.  It was the surprise box office success of 1984′s Romancing the Stone and the even bigger box office success of Back To the Future the following year that catapulted him into bigger projects, including the groundbreaking Who Framed Roger Rabbit and Forrest Gump (which won him a Best Director Oscar).  In the last decade, Zemeckis, a longtime advocate of digital filmmaking, entered an animation phase where he directed three computer animated films using the motion capture process to record performances.  For this final Christmas edition of Animation Corner, I’ll be taking a look back at The Polar Express and Disney’s A Christmas Carol.

Co-written and directed by Zemeckis, 2004’s The Polar Express centers on a young boy who no longer believes in the magic of Christmas and takes a journey aboard a special train to the North Pole on Christmas Eve.  Featuring the voices of Tom Hanks, Daryl Sabara, Eddie Deezen, Nona Gaye, Steven Tyler, and Charles Fleischer, the film also contained additional motion capture performances from Peter Scolari and Michael Jeter.

Based on the short story by Chris Van Allsburg, this underrated computer animated film received mixed reviews from critics but ultimately became a box office hit after being written off as a holiday flop (it grossed nearly $163 million domestically on a $165 million budget, and a few holiday re-releases have added another $20 million for a domestic total of over $183 million).  The film marked the first time that Robert Zemeckis directed a film using motion capture technology as well as being the first of three animated films he would direct.  The film also marked Zemeckis’ 11th collaboration with composer Alan Silvestri, who created a short but memorable score that was filled with the Christmas spirit.  In addition to Silvestri’s score, the film also featured four songs performed by characters from the film as well as the Josh Groban-performed end credits song Believe (which scored Silvestri his second-ever Oscar nomination, this time for Best Original Song).  The so-called “controversy” surrounding the use of motion

Written and directed by Zemeckis, 2009’s A Christmas Carol centers on an old miser named Ebenezer Scrooge who is visited by three ghosts on Christmas Eve 1843, who try to help him change his ways before it is too late.  Featuring the voices of Jim Carrey, Gary Oldman, Colin Firth, Cary Elwes, Robin Wright, Bob Hoskins, Fionnula Flanagan, and Daryl Sabara, this underrated computer animated film received mixed

reviews from critics and managed to gross nearly $138 million domestically on a $200 million budget (it added $187 million internationally for a worldwide total of $325 million).  Based on the beloved book by Charles Dickens, this film marked the final (as of this writing) animated feature film of Robert Zemeckis (who returned to live action filmmaking with 2012’s Flight).  Zemeckis’ screenplay has been considered by many to be the most faithful cinematic adaptation of Dickens’ novel.  Like his previous two films (The Polar Express and 2007’s Beowulf), the motion capture process was used to digitally record the actors’ performances (many of them performing multiple roles).  Disney, which had partnered with ImageMovers Digital to make the film, would soon terminate their deal after the box office failure of 2011’s Mars Needs Moms.  The so-called controversy surrounding the motion capture process increased after the film’s release as a result of a new Oscar rule added to the Best Animated Feature category, which basically declares that animated films using the motion capture process would be deemed

ineligible (the rule was added partially in response to James Cameron’s 2009 live action blockbuster Avatar, which some members of the Academy feared would be submitted for Best Animated Feature due to its heavy use of motion capture performances).  The film also marked Zemeckis’ 13th collaboration with composer Alan Silvestri, who provided another terrific Christmas-themed score.  Among the film’s accolades are a Saturn Award nod for Best Animated Film and two Kids Choice Award nods (including one win for Favorite Voice From An Animated Movie, which went to Jim Carrey).